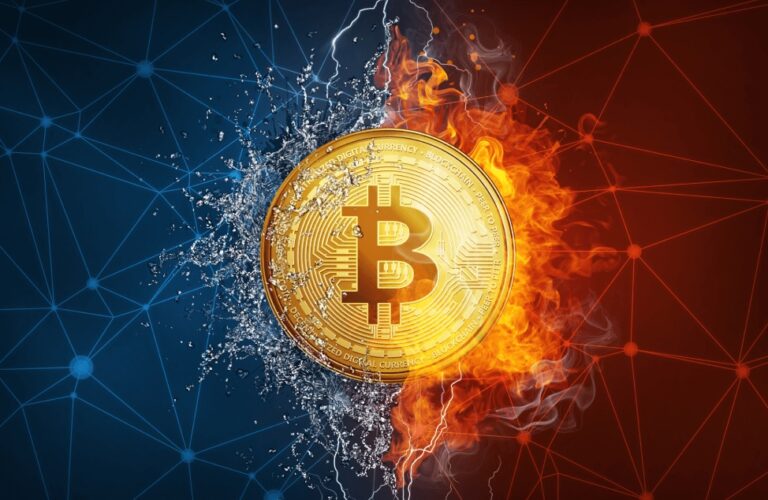 In the blockchain protocol, the blockchain node is one of the various devices that run the software and usually stores transactions’ histories. Peer-to-peer networks are decentralized networks with nodes connecting to each other.

Every transaction and block must adhere to the protocol rules. Every member of the network is continuously checked to ensure that the same rules are followed. Keeping the database up to date and making sure the network is trusted ensures the database’s integrity.

What you need to know about BLOCKCHAIN NODES

Bitcoin nodes can be classified into three types

Nodes perform different functions based on their type:

Blockchains are stored on full nodes. Full nodes store each block starting with the very first block. Crypto transactions can be verified by them due to their extensive knowledge. Blockchains take up a large amount of disk space and require a lot of hard drive space to store. This makes it possible to prune Bitcoin nodes. As a result of pruning, nodes have more disk space because redundant information about fully spent transactions is eliminated.

In lightweight nodes, the entire blockchain isn’t stored, so they act as wallets. Transactions must be broadcast to the network via full nodes. Sending and receiving bitcoin is made easy by light nodes.

Blocks are created by mining nodes that confirm transactions. A mining node was operated by each crypto-miner in the early days of blockchain. Many miners today form mining pools to pool their resources. Multiple miners work together to run a single mining node in these pools, taking advantage of teamwork. Consequently, mining rewards are more likely to be earned.

The most independent way to send and receive bitcoins is by running a full node on your computer if you have enough free disk space and a good internet connection. Nodes are configured using programs called clients. The majority of clients include a built-in Bitcoin wallet. There is a full-node client called Bitcoin Core that is the most popular for Bitcoin.

Pseudonymity can only be achieved by running your own full node. You will always have some information about transactions coming from your address if you rely on another person’s node to broadcast them.

In spite of this, running a full node will be more trouble than benefit for most users. The many lightweight wallets available to these users are suitable for their needs. Different rules apply to businesses and individuals who accept cryptocurrency payments.

A full node is always recommended for businesses working with cryptocurrency payments. The network will be kept honest without having to rely on anyone else. The protocol’s consensus rules are enforced directly by broadcasting transactions to the network. Most cryptocurrencies, including Bitcoin, follow this rule.

The difference between full nodes and miners

It is necessary to broadcast a Bitcoin transaction to the network before it can be processed. Nodes that function as lightweight wallets send transactions through full nodes, which then spread the data across the network. According to Bitcoin’s consensus rules, full nodes check whether unconfirmed transactions are valid in their memory pool or mempool.

The mempool is used by miners to confirm transactions. As a result of mining, transactions are included in blocks. To maintain the Bitcoin network’s decentralization and honesty, full nodes assist miners through mining rewards and transaction fees.

An honest Bitcoin node is essential

The client that runs on a device running the Bitcoin protocol (such as Bitcoin Core) is required in order to connect to the Bitcoin network. The nodes continually ensure that the rules are followed by the other nodes.

A full node has access to the entire Bitcoin transaction database, so they can check whether the transaction was previously recorded. Preventing double spending is done by blocking previously spent transactions.

For a network to remain honest, full nodes are therefore crucial.

The decentralization of Bitcoin

As a result, Bitcoin is decentralized thanks to the nodes that run on individual computers, which are run by random, unconnected users. It is likely that there are many more nodes than that. All nodes can reach these. Several reasons make some nodes inaccessible.

It’s possible they went offline or their owners disabled incoming connections, which is why they can’t be accessed.

You might also be interested in running a full node if you own a significant amount of bitcoin, or if decentralization is important to you for ideological reasons.

It is only for advanced Bitcoin users who can run a full node. Bitcoin and other cryptocurrencies can be bought, sold, and managed easier through exchanges like Bitstamp for the average user.